One Foot Island, which is locally more known in Cook Islands Maori language as Tapuaetai, is one named as the most popular Aitutaki lagoon, the tourist cruise destination. It is one of 22 islands in the Aitutaki atoll of the Cook Islands.

Tapuaetai or One Foot Island is often said to be the most important attraction. The place is regarded as providing the visitor with the best views of the Aitutaki lagoon and, depending on the tide, one is able to walk on the sandback the decent away from Tapuaetai. In fact, the trip to this island is the most frequented trip available on Aitutaki. In June 2008, Tapuaetai or One Foot Island was awarded “Australasia’s Leading Beach” at the World Awards held in Sydney. 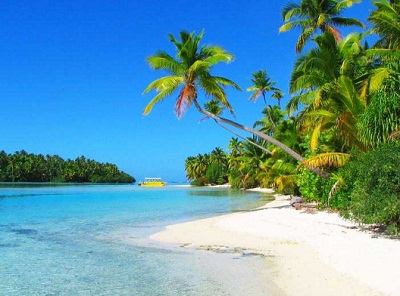